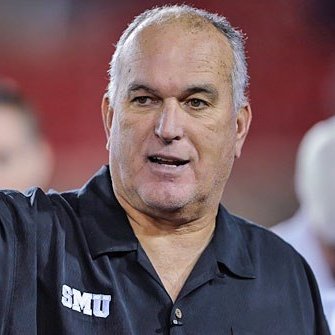 Before landing his current role as coach of the Southern Methodist University Mustangs, June Jones received football fame on both the college and professional level. During his playing career, he was a member of the football team at Oregan, Hawaii, Portland State, Atlanta, and Toronto. His first coaching gig began with the University of Hawaii and he coached for Atlanta and San Diego before finally settling into his role at SMU in 2008.