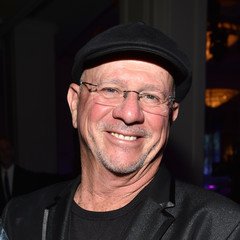 As an American Grammy and Emmy award-winning composer, Mike Post is best known for his numerous television theme songs like that of L.A. Law, Murder One, and NYPD Blue. He received his first Grammy at twenty-three for Best Instrumental Arrangement on Mason Williams’ “Classical Gas” in 1968. Post has worked with and produced albums for various artists within the music industry including Van Halen, Dolly Parton, and Kenny Rogers.