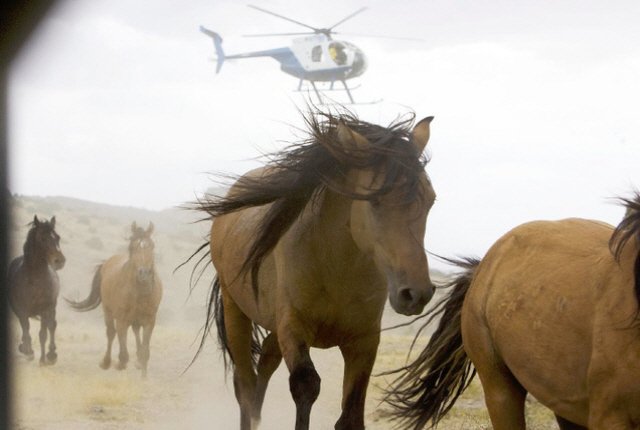 We have until August 7, 2012 to generate citizen opposition to the federal government’s plan to roundup and remove nearly 600 wild horses from the North Lander Complex in Wyoming. Just 750 wild horses are believed to currently live in the 586-square-mile complex, where the government allows the annual equivalent of more than 3,700 cows to graze!

In addition, the government plans test an experimental anti-fertility drug, SpayVac, on captured mares who will be returned to the range. This drug may have serious side effects, including permanent sterilization and serious health problems in horses. Already, we have generated nearly 4,000 letters opposing this inhumane plan – let’s double that by August 7! If you have not done so already, you can take action by clicking here.