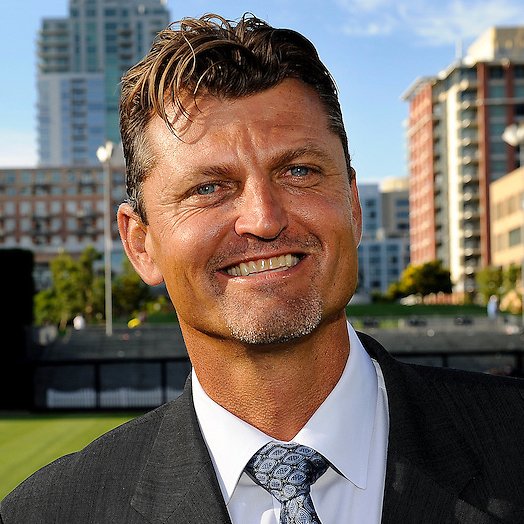 Trevor William Hoffman is an American former baseball relief pitcher who played 18 years in Major League Baseball from 1993 to 2011. A long-time closer, Hoffman pitched for the Florida Marlins, San Diego Padres, and the Milwaukee Brewers, including more than 15 years for the Padres. In 2011, the Padres retired Hoffman’s no. 51, an honor bestowed upon only four other Padres (Steve Garvey, Tony Gwynn, Randy Jones, Dave Winfield) and Jackie Robinson, whose number was retired in 1997 by Major league Baseball. A California native, Hoffman has been heavily involved in the local community since first joining the Padres in 1993. He has worked extensively with the National Kidney Foundation and Rady Children’s Hospital, while also donating his time and resources to numerous community and military outreach programs.